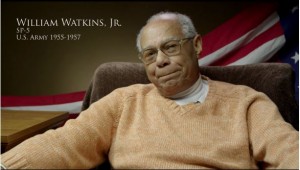 Bill Watkins is a graduate of Pace University and received an MBA Degree from New York University. He spent a major part of his career with New England Electric System where he held a number of posts before retiring as Executive Vice President of its Rhode Island subsidiary.   In that capacity he was instrumental in building the capacity of Contractors of Color during the construction of the Manchester Street Generating Station in Providence, RI.

During his retirement he became President of the Sarasota Branch of the Association for the Study of African American Life and History (ASALH). Under his leadership the branch produced the “Veterans of Color” film in conjunction with the Ringling College of Art and Design, which has received national acclaim.

For by grace you have been saved through faith; and this is not of yourselves, it is the gift of God; not a result of works, so that no one may boast. — Ephesians 2:8-9